“Better when I came back” Parker’s Story 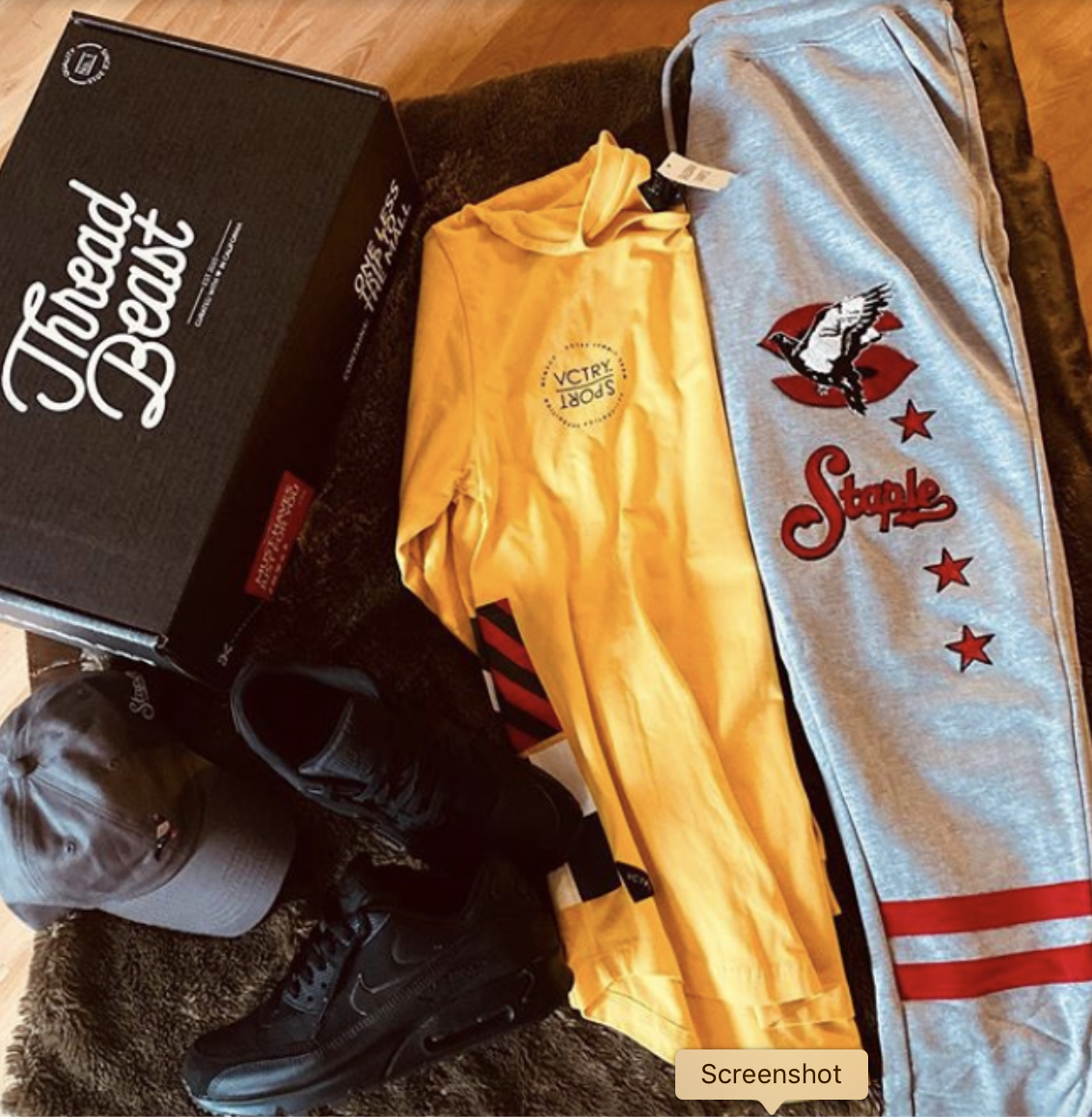 Parker from Baltimore, Maryland was a ThreadBeast member initially in 2016 but cancelled after underwhelming packages.

“Just to be straight, the boxes were boring. I didn’t hate the stuff, but it didn’t do much for me,” Parker said of his first round of packages.

Parker ended up cancelling before his fourth month. Since then, he returned in September 2019. He has just received his second package.

“I had been getting emails to come back for the longest time. It was like ‘we miss you’ and ‘so much has changed.’ You know how it goes,” Parker said of the ThreadBeast emails. “Well, finally there was a pretty good deal and the customer rep answered all these questions I had about new brands, items and policies, so I signed back up.”

Parker reactivated as an Essential member when he returned after being a Premium member back in 2016. After his first package back with ThreadBeast, Parker wasted no time upgrading to the Baller Plan, an exclusive off-the-menu tier above the Premium Plan.

“Before it was like, how much am I willing to pay for whatever items?” Parker admitted of his thoughts the first time around. “But after this September box, I was like how do I get more?”