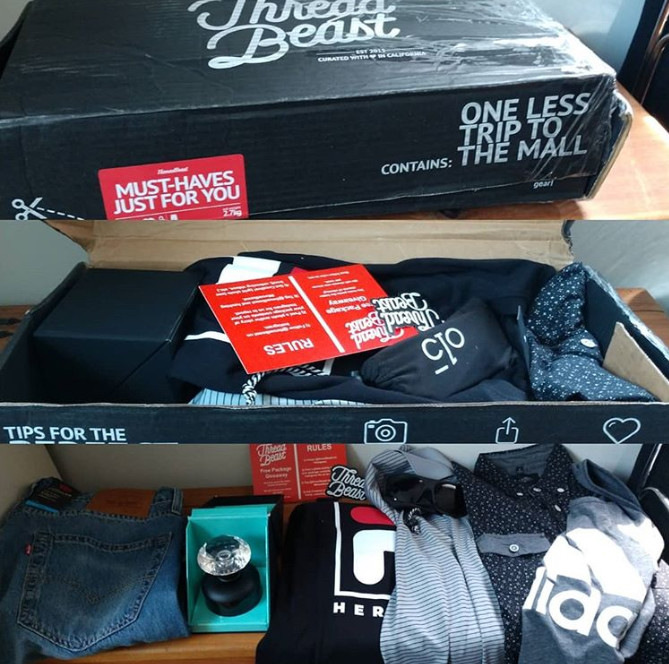 Saul from San Francisco, California was referred to ThreadBeast by his brother.

“He told me it was a monthly box of hypebeast streetwear or something, and so I gave it a shot,” Saul said about joining ThreadBeast.

“It was upsetting at first because that was the main reason I signed up,” said Saul.

Saul and his brother contacted the ThreadBeast team about the situation and were able to verify some details, allowing ThreadBeast to manually process the referral and get the free package sent out.

“Once the whole free box thing was resolved, I gave the clothes deliveries a chance and am actually happy with the stuff,” Saul said of his profile.

Saul’s brother has since unsubscribed due to college expenses, but Saul has remained a member for the last 6 months and has even referred two of his own friends successfully since then.